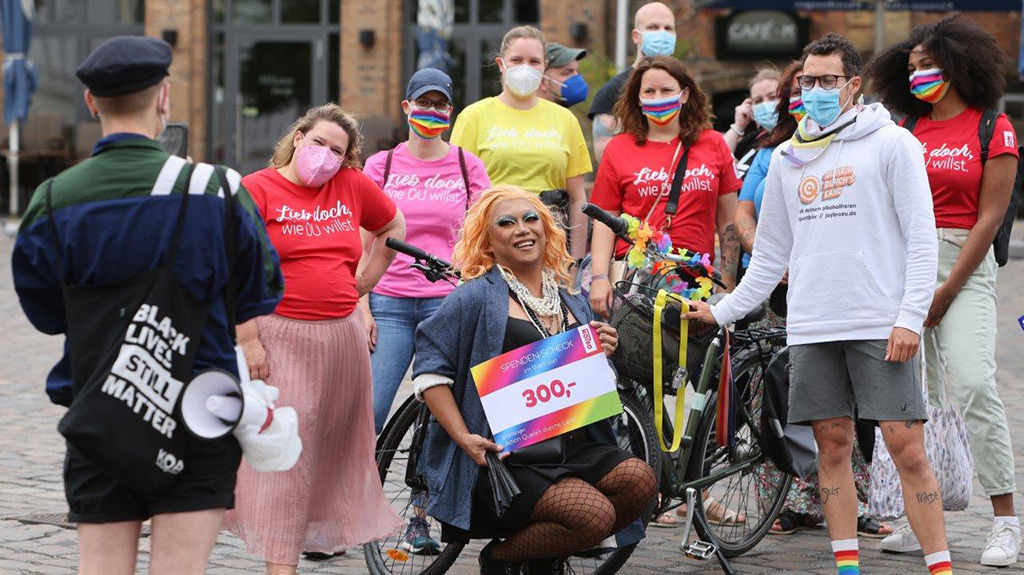 Cycling que(e)r through Germany from the deepest Allgäu to the highest north? We think that’s cool! But it’s even cooler that the campaign by Brix Schaumburg, Germany’s first officially outed transgender actor, is drawing attention to the queer community. Because the queer community has often fallen by the wayside, especially now in Corona times. For ORION, this was reason enough to support Germany’s biggest bike ride. And so we welcomed the initiator and cyclist of the action Brix Schaumburg on 20 June in colourful T-shirts and with a symbolic donation cheque at the Südermarkt in Flensburg. Because ORION also wants to set an example for more diversity and tolerance in society – and in love anyway.