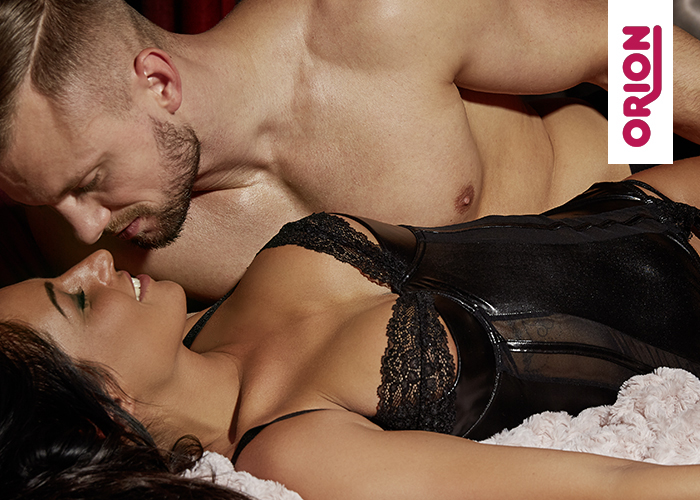 Three quarters of the participants are happy with their sex life. The people who aren’t satisfied mainly mentioned the lack of sex – a reason, by the way, that was mainly mentioned by men (85%). Unhappy because of too much sex? This wasn’t the case for the majority of men or women. However, many just miss the variety in their love life. What stands out is that women often give personal reasons for their unhappiness: if they don’t feel comfortable with their body or if they’re having problems orgasming, it makes them unhappy with their sex life. Men, on the other hand, like to blame external circumstances for their unhappiness: not enough sex, no variety in bed, too much stress in their everyday life, a partner’s lack of fantasy or a partner’s lack of desire

However, lots of Germans like playing in the bedroom. Most of the participants see sex toys as an enrichment and a welcome change. Only 6% of the participants have no experience with sex toys whatsoever. Almost a quarter have tried out at least one toy. However, 63% said that they have played with various toys which proves that the trend is still going in the direction of second and third toys. Incidentally, the number of participants who didn’t have any experience with sex toys is almost as high as the number of participants that said: I know them all.

At the end of the day though, the participants decide for themselves or with their partner (if they’re in a relationship) what ultimately happens between the sheets, in the lounge, or on the picnic blanket, or what part they choose to vibrate, massage or pleasure. The participants are reluctant to hand over control completely though – the number of participants who let their partner decide what goes in the shopping basket on their own was extremely low at 4%.

Enjoy the moment – that also goes for fun in the bedroom. While some people get lost in the sight of their partner, almost 50% of the participants sometimes or always think about other people. Women are almost just as unfaithful in their mind as men – 52% of women said that they never do it. Only 50% of men said that they never do it. So who do they think about? Most of the participants that think about others during sex make their friends extras in their fantasies. Fantasy people are in second place. However, colleagues also play a role for many of the participants. Even the postman, babysitter or plumber sometimes feature in fantasies. There are almost no gender-specific differences here, except when it comes to neighbours, who come to mind much more often when men have sex than when women have sex.

What makes sex good? No other text box was used as much as it was for this question. Some of the requests and needs that came to light were quite unexpected. All night long – it doesn’t have to be for most of the participants. Endurance is only crucial for 6% of the participants. What’s more important is a large portion of love, time, more frequent changes of position and the pleasurable sounds made during sex. It wasn’t only the women who said that kissing is necessary for good sex – men who wish for tenderness, cuddles and “a bit of romance” now and then gave this answer as well. Some women think that unrestrained sex and being able to let go during it makes sex good. Maybe this is what men would like to be surprised with more often? In any case, spontaneity was high up on the men’s list. Furthermore, the ORION survey has proven, once again, that men get turned on by the lights being on.

I want to have some fun – that is what most of the participants answered when asked why they have sex. The desire for intimacy came second for women, while an orgasm came second for men. Surprisingly men and women were largely in agreement, especially when it came to their answers in the text box: sex relieves stress, lets them forget everyday life for a while and lets them spend time together at the end of the day.

Less is more? Not always. Most people don’t have a quickie very often. Surprisingly, more women like a quickie in between times than men. Another surprise: more men say that they like taking all the time in the world during sex. However, it was the atmosphere that helped the majority of the participants decide whether they wanted to have a quickie or a lengthy foreplay and afterplay: 72% of women and 67% of men decide on the time that they allow for their rendezvous according to their mood.

Incidentally, weekends are the most popular time for sex – and preferably in the evening. The most common day for Germans to get it on is Saturday – closely followed by Friday and Sunday.

The big ORION Sex Report 2020 was completed and evaluated in spring, and it was then meant to be published. However, the Coronavirus crisis happened: it has affected everyone’s lives worldwide – their private life and work life, people with or without a partner, people with or without children. Everybody is spending a lot more time at home, lots of people are working from home, they are socialising less and have a lot more time for things that they wouldn’t get around to doing under normal circumstances. This undoubtedly includes the erotic aspects of everyday life. ORION wanted to know more and used social media channels to ask how sex lives with or without a partner had changed during the Coronavirus crisis. A further 2000 participants were asked again about this topic – 60% of them were men, 39% were women and 1% was gender-neutral/not stated.

While lingerie purchases at ORION declined between mid-March to mid-April 2020, toys were ordered a lot more frequently during the same period. This fits in with the statement that 88% of the participants were just thinking about buying a new sex toy.

One thing’s for certain: the Coronavirus crisis means that people have a lot more time on their hands because numerous leisure activities have been put on hold or can only happen sporadically. Lots of people use this extra time that they now have for sex: 59% of the participants make more time for sex than usual. And the eagerness to experiment has increased for almost half of the participants – whether it be with new technology, a new sex toy or with a different position. Wherever and for however long: sex strengthens the immune system, whether it’s being enjoyed alone or with a partner – and that’s not just important during the Coronavirus crisis. And it’s also good to know that even though the Coronavirus outbreak limits a lot of things, it can actually inspire love for yourself and a partner in many cases as well.